Perhaps no other contemporary memoir has shaped my life — in behavior, in attitude, in understanding — as much as Rich Roll’s Finding Ultra. I originally experienced the book by shuttling a series of CDs in and out of my car’s stereo during an 11-hour road trip to Asheville, NC in April of 2014. From the first disc, I was hooked.

Finding Ultra, originally published in 2012, documents the life of a now 50-something attorney-turned-triathlete who transformed his life after grappling with the alcoholism that plunged his twenties into a blur of blackouts and the fast-food habit that took alcoholism’s place in his thirties. From the ages of 38 to 48, he immersed himself in nothing short of a metamorphosis.

First, he readily admits that he is still doing the necessary internal work to maintain his sobriety and to make healthy lifestyle choices daily.

Second, his professional focus relies on service; he works as an advocate for exercise, healthy eating, the environment, and proper mental self-care because he believes that only by meeting others’ needs can he find purpose in his career.

Third, his rallying cry has become a mantra for admirers from many walks of life. He wants us to “uncover, unlock, and unleash our genuine, most authentic selves.” In other words, Roll desires that we realize our fullest potential and honor our uniqueness in the process. 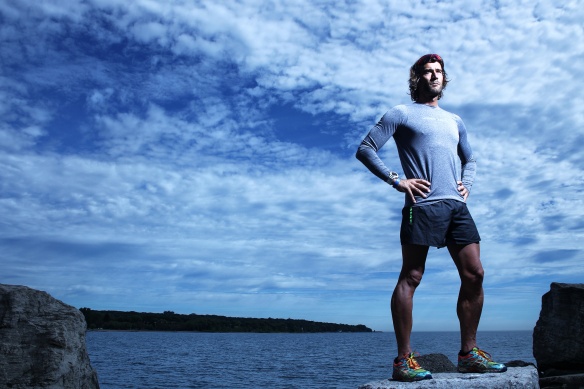 Journaling played a part in Roll’s transformation, and it continues to serve him as a vehicle for introspection and creative expression.  In the revised edition of Finding Ultra (2018), he explains that he rises early and then “devote[s] some precious morning time to quiet reflection – meditation followed by journaling” (p. 224).  As the day dawns, he takes what bubbles to the top of his mind and “before that enthusiasm wanes, capture[s] it on the page. Because pen and paper hold magical powers. It makes it real.” He encourages readers to “build on that entry daily.”

For Roll, who believes that we can veer off-track when we repeat inaccurate stories (to ourselves) of what our past was like, time spent with the journal “hold[s] the power to change this story we tell ourselves about ourselves” [emphasis is my own] (p. 236). He continues by asserting that “the job begins with understanding that certain past events or memories only have the power you allow them to have” (p. 237). Those troubling past moments he refers to as “knots.”

Roll’s prescription is this:

“At the top of each page, write down one of those pesky knots. Underneath each, explain how this aspect of your identity undermines your sense of self and impedes your growth. Then spend time ruminating on the knot’s validity. It’s hard, but do your best to be as objective as possible. Broaden your aperture. Dig deep. Go way back. And don’t rush it. Every time you stumble upon a memory or experience that contradicts the veracity of that knot, write it down. Build on that list, until its falsity is undeniable” (p. 238).

How does Rich Roll actually perform this part of his morning routine?

“[O]n the page. But never the keyboard. Writing longhand forces me to slow down. And somehow (again), it makes it more real. More potent. Sometimes it’s just ten minutes spent jotting down random thoughts. An idea for a blog post. A podcast guest I’d like to book. An emotion I am struggling with. A list of things I am grateful for” (pages 240-241).

If you are interested in learning more about Rich Roll, I highly recommend his podcast, which will soon eclipse 400 episodes.  I have listened to nearly every one of them since discovering the plant-powered triathlete during that road trip to Asheville, NC in 2014.