This is the second installment of a four-part series about The Fantastic Four, a set of custom journals that were created by two of my sophomores several years ago. (The first part can be found here.) The composition book pictured above features a cover with the ransom-note-style title “Let’s Make It Count.” This was the phrase that I spoke aloud to my Honors English students seconds before we embarked on our daily five-minute free-writes at the start of class.

My reason for using this slogan is that I wanted to remind my students that they had a choice during each of our quiet writing sessions: they could exert minimal effort and scribble nonsense on the page, or they could focus their minds and attention and compose meaningful content until the timer beeped. I have no idea if my daily assertion actually worked, but I kept repeating let’s make it count like a mantra just in case.

Here is my first entry (followed by a transcription, below):

“Our doubts are traitors, and make us lose the good we oft might win, by fearing to attempt.” – William Shakespeare*

So I am entertaining the idea of a library science degree, and a possible future career as a library employee. Does it feel right? I’ll have to consider it. I don’t want to jump at it, but I believe that exploring the option is part of building the bridge.* Add [sic.] blocks to that bridge is very important, even though I don’t know exactly where it is going. The end-point is yet-to-be determined. I’ll have to maintain the faith that simply stepping out and moving forward is the right thing to do. I know I can explore and find something more suitable. I’ll keep placing blocks together to lengthen the bridge. Wise #### philosophy.

* – This quotation is from Measure for Measure (Act 1, Scene IV), which was written between 1603 and 1604. These lines are spoken by the character Lucio, a fussy young nobleman, during his conversation with Isabella, who is the sister of the play’s protagonist, Claudio.

* – “Building the bridge” is a concept/motto that I adopted in late-2014 or early-2015. It represents the fact that I was (and am) trying to envision a new professional path — one different than my role as a classroom teacher. To help me focus on the possibility of a career shift, I created the following sign using a piece of copyrighted artwork and a bold, blocky typeface. For three years the sign hung first on a bulletin board in my apartment and then on the corner of my bathroom mirror. It provided a daily reminder of what I was attempting to do. I am the kind of person who benefits from visual reinforcement.

The composition book’s back cover is pictured below. The bottom-right corner features several images that deserve explanation.

Owls are one of my favorite animals, which Meagan and Kathryn — my two students and the notebook’s designers — knew. Although my classroom features no images of the nocturnal hunters, students’ questions had somehow led to an awareness that I was fond of the silent, mysterious, head-swiveling predators.

At least four days a week I wore a tie at school, so that explains the partially rolled neckwear. I love ties. (Coincidentally, I also love short sentences.) The frequency and variety of my ties prompted students to sometimes ask how many I owned, a question that I found odd but welcome. They were curious, and I was happy to satisfy their desire by speculating about how many dozen were hanging in my closet. On a few occasions I even brought several shoeboxes of my ties (carefully rolled) into my classroom to let my sophomores see that I was speaking the truth. I owned many.

Sandwiched between the owls is a small photo of a blonde-haired woman adjacent to her cursive signature. This is Nancy Gibbs (b. 1960), an American journalist who became the first female managing editor of TIME magazine in 2013. She occupied that role until 2017. Now she serves as the visiting Edward R. Murrow Professor of Practice of Press, Politics, and Public Policy at Harvard University. (That is a wonderfully alliterative job title, by the way.) Gibbs remains TIME’s Editor at Large.

For writers of any background and skill level, Gibbs’ work stands as an incomparable example of how to meld meaningful content, an approachable style, and a deeply-sensitive understanding of the power of narrative. For years I photocopied Gibbs’ one-page editorials that were featured at the conclusion of nearly every issue of TIME.

These short pieces served as models for my students as they studied the craft of rhetoric — and the ways that they too could influence audiences with their developing skills. We emulated Gibbs’ simple yet powerful techniques, because her articles made frequent and precise use of similes and metaphors, semicolons and dashes, alliteration and parallel structure, and sentences both long and short. She is a master of prose, and perhaps her greatest strength is making complex subjects understandable for general readership.

One of Gibbs’ most famous articles accompanied the sobering cover photo of TIME’s infamous Sept. 14, 2001 black-bordered issue. Even years after the horror of that event, her report on this history-changing moment represents one of the most profoundly-moving pieces of journalism that I have ever encountered. 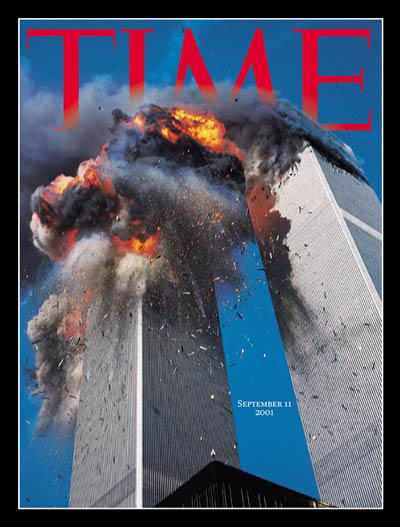