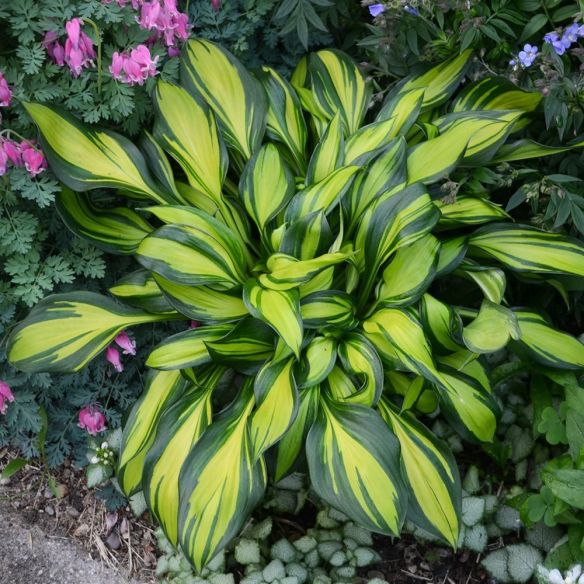 From morning on the tallest days
a humble woman stretches low,
to work beneath the speckled rays:
she gathers limbs and pushes strays—
the brittle leaves from fall’s last show.

All through the summer space she’ll toil
to give the clustered plants a view.
On stiffened knees she surveys loyal
the crowded den of stalk and soil
to yield more ground for one or two.

A warm wind from the west then blows,
and gently bends the oaks which stare:
her steady arms stretch to expose
the arching hosta stems she’s chose—
from single plant she forms a pair.

And timid lilies watch the art:
this hunch-backed woman giving birth.
A spade digs sure a hole to start.
With care she nurses stems apart:
one plant—now two—fills back the earth.

Dividing hostas times the tides.
This call of garden work’s the prayer.
The strength of mother lies inside;
to these—her young—her reach confides
to halve the burdens of despair.

While empty home behind her sighs–
the haunting hush of void’s redress.
And from its windows peer the eyes:
two sons who’ve gone their lives to press.
Now verdant twins mend loneliness. 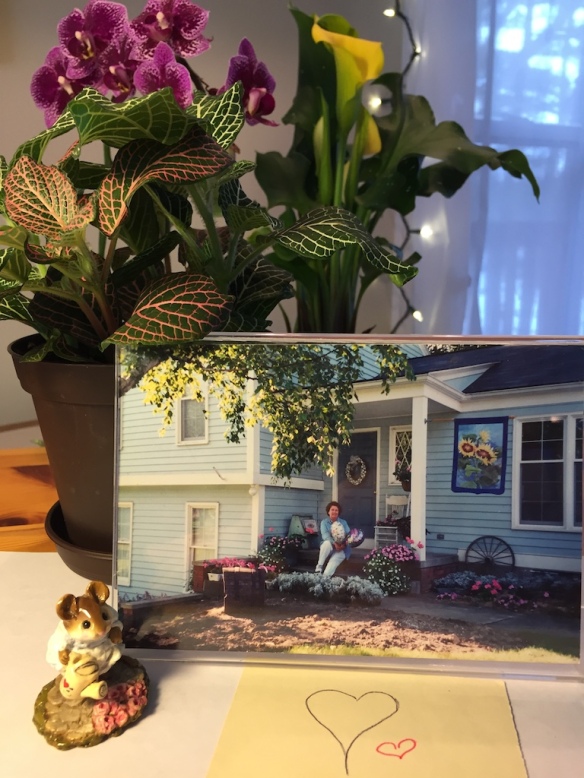 “Dividing Hostas” was written in August of 2006, almost two years before my mother was diagnosed with cancer in the spring of 2008. She passed on February 15, 2009 — and has been my Valentine ever since.

Unfortunately, she never saw this piece.

Note — The photograph of the “Rainbow’s End” hosta was borrowed from the website of Connecticut’s White Flower Farm.